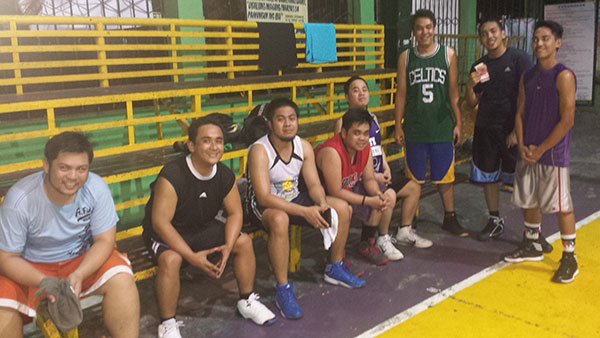 Fundamentals. Ever since I developed the maturity to self-learn, I always insisted on getting the fundamentals right early on. Bad habits are hard to break and simply winging it can impede progress later on.

For some reason, the PBA doesn’t quite sit well with me. I was a fan of the old Alaska team with Johnny Abarrientos and Tim Cone’s triangle but I lost interest after that when the league regressed into all that personality-driven “Baranggay” Ginebra fanfare.

Whenever I stray into watching PBA games, it really strikes me how fundamentally unsound many PBA players are. Just take a look at stats. We consider someone who shoots field goals at 40% and threes at 30% a good shooter. That’s poor in the NBA. And how unfit players can be. Just take a look at Beau Belga. I don’t think any decent team would let their players remain 70 lbs overweight for his entire career.

Perhaps because I’m spoiled by NBA-level basketball where being fundamentally unsound is the exception. There’s also a certain aesthetic with how great teams like the Spurs play. Sure there’s the individual talent. But there’s also that certain something with the kind of basketball they play for fans and students of the game.

This got me into thinking whether or not it’s a Pinoy thing.

The problem with this is, if you hadn’t had any proper coaching, you’d probably carried over some pretty bad habits growing up with the game. Many Pinoys just pick up the game on the streets and in neighborhood/baranggay courts. Personally, I never had any formal basketball training and coaching growing up. I picked up the game through neighborhood play and studying in an all-boys school. And knowing how I play, I know how crappy my movements are on the court.

Just take shooting mechanics as an example. We play with guys who have nasty looking jumpers . Some end up like Shawn Marion who had a f*ck-ugly shot. We’ve seen those tambay sa laruan manongs who are just “good shooters” because they’ve memorized their shot for that particular rim. Never mind if they have a nasty hitch their shot.

It wasn’t only about three years ago when I lived by myself and had access to a court in the mornings was I able to practice a proper jump shot form. While I don’t lapse into my old form, I still am inconsistent especially without regular practice.

We only play pickup games with people at the office so there’s no real pressure in being a stud on the court. There are no titles to be won. Not even a bottle of Coke for pustahan. Still, it was pretty satisfying if you know you did a few things well. I forget to keep scrimmage scores at times, but my mental counter logs my box score stats.

We’ve been playing basketball on a weekly basis now and we’ve converted Mark (one of our software developers) to the sport. Amazingly, he’s a bit outside the norm in terms of growing up and not picking up the sport.  Mark’s a pretty good student as shown his coachability at work.

He’s shown the same in basketball where he’s always asking for pointers, tips, and tricks. We taught him some shooting fundamentals and with his height (he’s about 6 inches taller than me) and soft touch, I’d say he’s starting to be a more consistent shooter. Better than guys who had more than 10 years of basketball “experience” than him.

I guess it’s not even about starting  young. Michael Jordan delved into this in one of his interviews. That it’s more important to let young kids love the game first then teach them about the technical things later.

The thing is, many of us never “grew up.” We stuck to our playground routines and convinced ourselves that all that herky-jerky style of play we got from watching young Kobe would carry over 10 or 20 years down the line. For us, not that it matters now. No one really cares in our office pick up games. We play for fun and exercise.

But how about our future kids? Maybe when it’s time for us to share our love for the game knowing the right thing would mean we’ll get to teach them the right thing. never mind if they’d end up playing varsity or even professionally.

As for the PBA or Philippine basketball, that’s a different thing. I’m quite excited with the upcoming FIBA world championships. Team Gilas would be there and I’d be interested in how they’d be able to stack up especially against the fundamentally sound Europeans.