5 things I hate about condo living 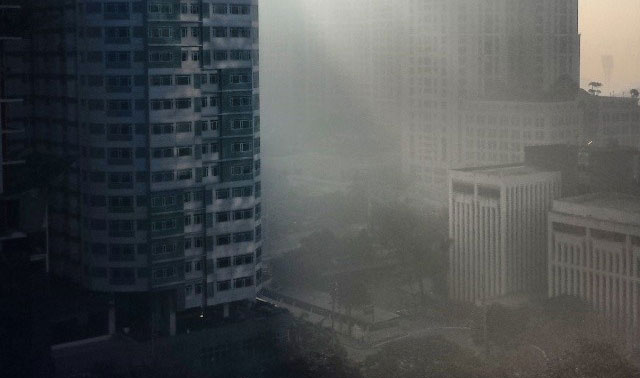 Ever since we got married, the wife and I were compelled to live near our workplaces. So for more than two years, we lived in a condo unit somewhere in one of the Metro’s business districts. That was a new experience for me, having lived in the more suburban areas of Quezon City. Now that we’ve finally moved, I can definitely feel the difference between living in the suburbs and condo living. Here are some things that I simply never appreciated living in a condo.

We’re pretty lucky that, even if our unit is a 1-bedroom unit, it’s still almost 70 square meters. Compared to newer condos, that’s relatively huge. It’s not as huge as many of the other units in our condo (the penthouse units boast more than 300+ sqm). Still, I find it relatively cramped. I wonder how others can cope living in those boxes they call “studio” condo units that only span 20 or so sqm. Space is such a huge issue for me. I like to have enough space to efficiently position stuff. I’m not a huge fan of visible clutter so we maximize storage space by cramming everything into cabinets and drawers. Nevertheless, we still ended up with boxes tucked in awkward spaces due to my rule of not throwing any packaging for appliances or electronics that are still within warranty.

Living smack dab in the middle of the Metro means you bear the brunt of exhaust fumes coming from the major thoroughfares. Even if you’re living several floors up from the ground, that’s not high enough to punch through the thick sponge of car farts. You can’t even air dry laundry lest you’d want your tidy whiteys end up black with soot. This said, we were always compelled to put the air-conditioner on and that meant sky-high power bills every month.

Not all condos are built equal. Some are more equal than others. Our condo had a mix of owners and tenants. Many are professionals. Some are nouveau riche. Some are group renters. Some are expats. Some are transients. That, together with the drivers and helps, provides a weird mix of personalities. People who leave trash everywhere. People who let their pets pee and poo in common areas. People who treat basement parking as their own Tokyo Drift course. Not to mention those elevator bastards who would immediately press the close button when they’re in, never mind if you’ve already shouted “Please hold!” or worse, just scooting in after them.

I was born and raised in a subdivision. It was a working man’s subdivision but a gated subdivision nonetheless. Our monthly homeowner’s dues covered security, trash collection, upkeep of amenities (playground and basketball court) and it only for a couple of hundred pesos. For condos, you get charged for a few hundred per square meter. That covers security and upkeep of amenities. The kicker usually is the tax that you have to share for common areas too. Sure, our condo had a gym and a pool but if you’re busy people like us, you don’t really get to maximize those especially if you have to share it with inconsiderate bastards. The amenities aren’t usually sulit.

I’m the type of guy who likes to stare out windows and see trees and bright blue skies. None of that in condo living. Every damn moment, you’re exposed to the hustle and bustle. Car horns blare as early as six in the morning and that only dies down near 10. Since there’s plenty of khol senners in neighboring buildings, streets are still littered with hipster wannabees puffing their stresses away (never mind if smoking in public has already been prohibited by the local government) even at 2 in the morning.