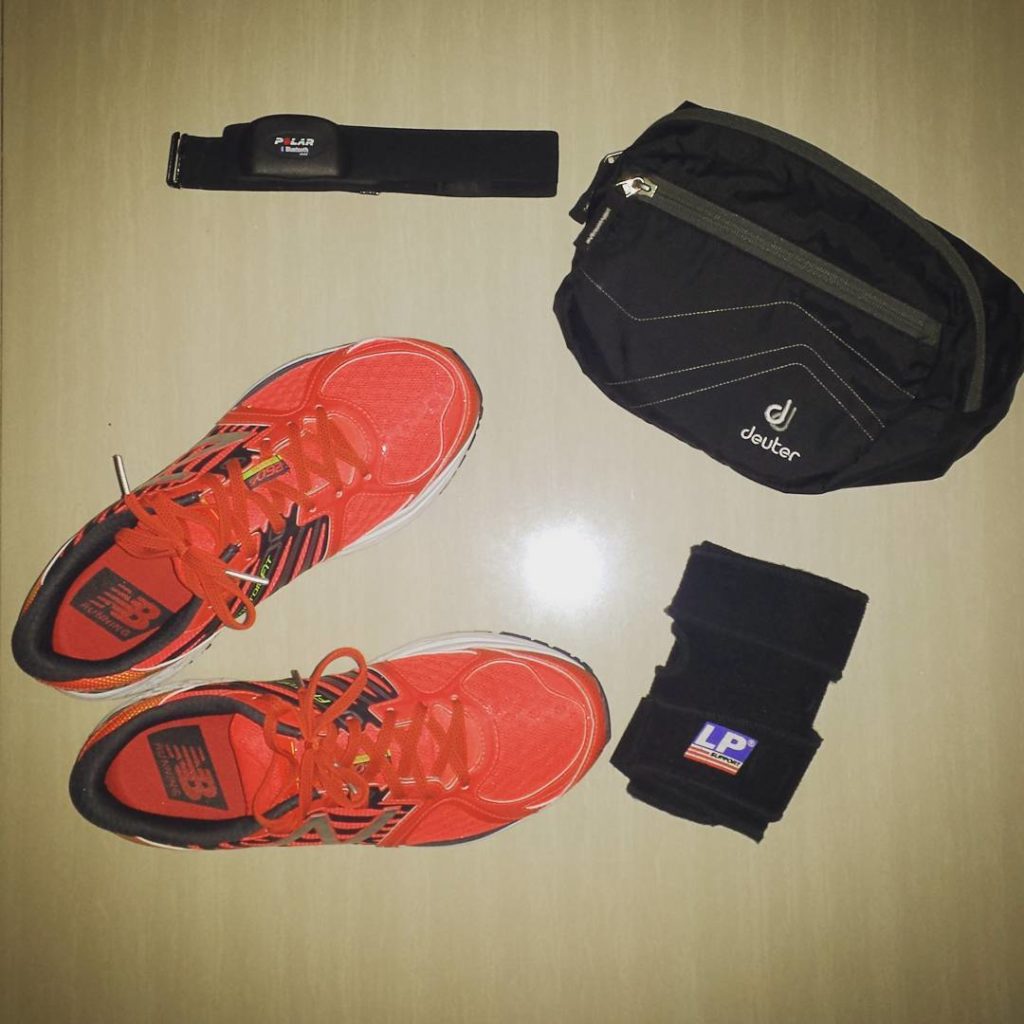 I’ve had a Polar H7 heart rate monitor for about a couple of years now. I’ve been using it with the Polar Beat app to monitor my calorie burn and to make sure I don’t overexert myself when working out. I have just recently gotten back to being a bit more active after six months of inactivity. I’m now proudly boasting a dad-bod for the ages and since that’s a surefire way to more health complications, it’s a must for me to get in a few minutes of sweat every day.

The H7 has worked for the most part except for times when I found it tough to change the battery and the rare Bluetooth pairing problems. Since I haven’t used it for a while, I slapped on a fresh battery to see if it still works.

The last time I used it was with my old Samsung S4 so i was glad that it was able to be detected on my new cheapo phone. But trying it our with the Polar Beat app, the phone was able to detect the H7 but it doesn’t pair successfully. Tapping on the “pair” button just launches a throbber that goes on forever.

Pressing back would show that it’s paired and that the app receives the heart rate data but when you work out, the app wouldn’t save any heart rate information. Checking pairing would again show that it didn’t pair successfully. The app should show it under the known device lists and even show the battery reading.

Being a tech troubleshooter, my first task was to verify which was causing the trouble – it could be the unit, the app, or the phone.

I downloaded other exercise apps that could connect to monitors like Endomondo, Runtastic, and Runkeeper to see if the H7 would pair and it did. On all of them. I just didn’t like those apps since they always bug you to upgrade to a pricey premium akin to a gym membership. I also checked it with the BLE Scanner app to check if the unit is indeed throwing the proper values via Bluetooth. It was.

So It wasn’t the unit. Thank goodness. A new monitor costs somewhere between PhP 6,000 to PhP 10,000 (like the snazzy Fitbit ones) and that’s just not in the budget as of late.

Next to check, the phone. My S4 died a gruesome death and since I didn’t believe in high-end phones, I simply got a cheap and cheerful Cloudfone instead. Thankfully it had Bluetooth but since this was an off-brand phone, it wasn’t exactly under Polar’s list of compatible devices. So I borrowed the wife’s LG and tested the unit there. Same thing. Gets detected but not pairing successfully.

That left me with little choice but to doubt Polar’s app. I checked the Play Store page and I saw that some reviewers are reporting the same issue ever since the latest update. So what I did was to roll it back to the previous version (I have a copy of the APK from a periodic backup). I uninstalled the latest version (2.3 released last March 2), manually installed the older version (2.2.1 released last December 1, 2016), and tried pairing it.

So it wasn’t the unit. It wasn’t the phone. It’s the app. I wonder if Polar ever heard of regression testing. Why would their own official app bork compatibility with their own line of products?

Some of us suspect that it’s because Polar has released the new H10 monitor so it’s most likely that they messed up backward compatibility. Unless, of course, Polar’s skeevy enough to render their older units obsolete, forcing us to buy a new one.

I tried emailing Polar’s customer support and they haven’t responded yet. They do have a service center here in the Philippines, somewhere in the bowels of Pasig but I haven’t tried contacting them.

At least I’m able to workout and monitor my heart rate for now. I just don’t like it when companies crap out on product support.