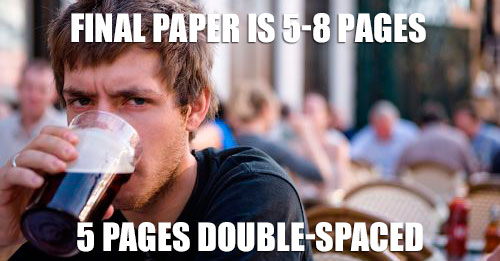 All that noise about Pacquiao probably wouldn’t die soon. Too bad in the midst of all of this, a lot is happening beyond a boxer’s unenlightened comments and the hate it stirred.

In my circle of literary people, here’s what has happened just in the past couple of days. Harper Lee died. Umberto Eco likewise did. And since these things happens in threes, a former boss and respected senior colleague of mine, Dr. Naida Rivera also passed away. China has also deployed missiles in the West Philippine Sea – and that, my fellow Filipinos, is a direct threat to our sovereignty more than a pugilist’s scant understanding of biology. But no. We’re still quite preoccupied taking sides and rallying people under banners of faith and fandom if not fanaticism.

What really saddens me is the quality of discourse that has been created and contributed about social issues these days. Thanks to the internet, we now have timely information found in our fingertips. And we have found a platform to be heard on social media. This is great power. But what did we ever do to become responsible for these gifts?

When I started this blog several years ago, I really wanted to make this a soapbox for critical discourse. Somehow, I got sidetracked by life and how easy it is to just go on rants on the trivial and mundane. On the things that piss me off. Why? It’s because given this platform, it’s so easy to hurl invective at others while enjoying the moat provided by the digital nature of the medium.

So, in a sense, I failed my part to be a critical voice, a dissenting opinion, and a different lens in the hopes of navigating those who happen by this blog to be a tad more critical in thought and be more meaningful in shaping and sharing their opinions. This seems a bit Quixotic but the education I received have greatly influenced me to think so at least in my younger years.

But looking at where things stand, I am saddened that I have veered away from the path. There are times when I wonder what some of my mentors would think of what I’ve become. Though it also prompts me to question whether or not we have failed as so-called language scholars.

What have we actually done to make a difference in the quality of discourse in this country? Shouldn’t we consider this current quality of discourse on the media, the internet, and politics, our collective failure? Or were we just delusional to think that counting nouns and verbs and finding their correlations to identity, politics, and such really amounted to much. How could we have thought that we could be more than glorified grammar checkers? Delusions of grandeur?

After all the readings, papers, studies, and theses on critical discourse analysis, post-colonial theories, media, multimodality, language, and identity, etc… what have we actually done to actually make a lasting difference in the quality of discourse in our country?

Or have we, in our chosen professions (as teachers, writers, marketers, lawyers…), actually became agents of swill and spin? In the many pages dedicated to “significance of study,” what part of what we’ve all thought about and written actually held significance at all?

It makes me sad to think that we have traded youthful vigor and scholarship in favor of the safe, the pretentious, and the profitable.

As the philosopher Mike Tyson once said, “Everyone’s got a plan until they punched in the face.” And life just suckerpunches like a sonuvabitch.