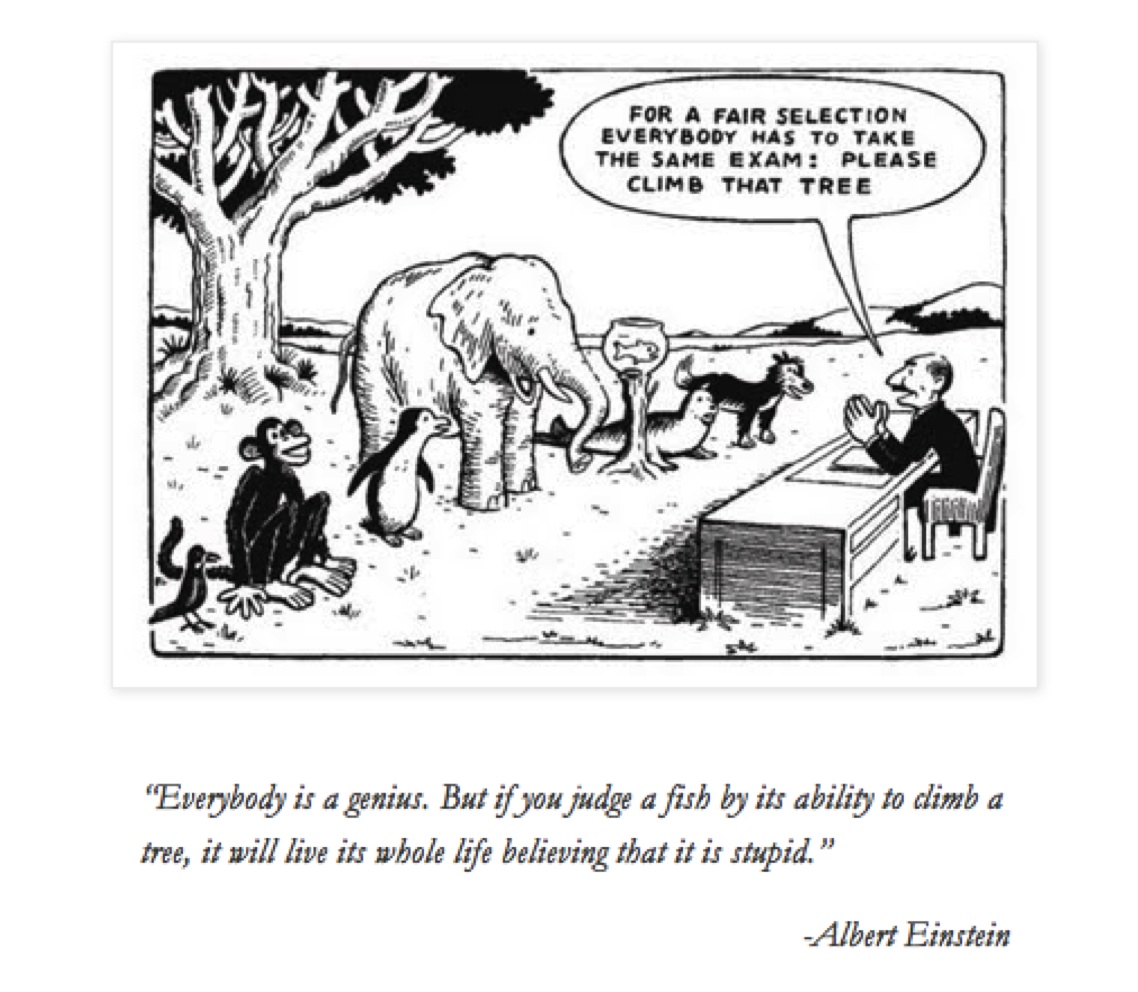 Albert Einstein said it best. “Everybody is a genius. But if you judge a fish by its ability to climb a tree, it will live its whole life believing that it is stupid.”

Ever since I posted an informative bit on the new DepEd K-12 Assessment Framework (KPUP), educators and parents have been leaving comments regarding their concerns. Many teachers feel ill-equipped to implement it. Many parents don’t seem to grasp it. Stories of supposedly smart kids now miserably failing at school are abound.

I’ve expected as much ever since the DepEd rolled out KPUP. Despite the efforts of the government to inform, train, and orient school administrators and teachers, there still remains much confusion as to how all of these tie together.

A possible cause of this is the apparent lack of orientation and training. To be fair to the government (if there is ever such a thing) is that there were actual conferences and teacher training programs that were held prior to the implementation of K-12. However, changing teachers’ orientations take time. It should involve long-term commitment and follow up and follow through.

From what I observe having facilitated teacher development sessions nationwide, many educators are still deeply rooted in behaviorist approaches (i.e. stimulus and response and punishment and rewards). The K-12 framework is grounded on constructivism (i.e. using experiences and social elements to make learning relevant). There lies a fundamental gap in understanding of teachers. It’s like taking a group of basketball players, forcing them to play rugby, and all you give them is a Wikipedia article outlining the rules. That should work, right? They’re athletes anyway.

No. That doesn’t work that way for athletes or teachers. There will always be the issue of inertia, developing fundamentals, and falling back to old habits.

With K-12 and KPUP, a tendency is for teachers to view assessment, grading, and measurement just as they have viewed it for the longest time. Even if teachers strive to develop higher order thinking skills, nothing beats the ease of just letting students just flip their books open to page 32 and answer multiple choice items 1 to 50, and then exchange papers later. Performance tasks and measurement of understanding? What the heck are those anyway?

I doubt if you can readily convert teachers with weeklong training sessions. It takes significant effort to absorb these contemporary philosophies, let alone making teachers comfortable with the various strategies and methods that are quite different from what they are used to.

I also don’t think the allowed for an easy transition for everyone concerned. Here’s an example. One thing that might strike educators is the lack of mention of Understanding by Design (UbD) anywhere in K-12 even if it was the much-hyped (and even mandated) framework for lesson planning that the DepEd implemented under former secretary Jesli Lapus. For some reason, (aside from a single citation in the DepEd memo) we don’t hear or read about UbD any more in any of the K-12 documents. A curious thing since Understanding and Performance levels of assessment are actually based on UbD.

We’ve encountered teachers who feel they have absolutely no idea on how to proceed with assessing these assessment levels but if they have been doing UbD (and many of them have), then they should be able to continue what they have been doing despite the lack of labels. Sometimes we constrain ourselves with using labels that we even have brand biases when it comes to educational ideas.

We also have teachers who feel quite lost in the whole KPUP shuffle even if they could always anchor what they need to do with what they have been doing or have done. One way I put  is this. Education policies are like street names. They change whenever there’s a new president.

Parents also seem to lack orientation to grasp and understand that the K-12 curriculum is not the same curriculum that they went through. Parents (who are oftentimes the grade conscious ones) might expect something akin to their own experience with grades and report cards of yore. How can they be more involved in reframing education the way K-12 intended it to be if we don’t have the consistent understanding among all stakeholders in the child’s education.

If both teachers and parents are stuck to the old ways and you have administrations and the government requiring them to do otherwise and the conceptual gap is not even addressed, aren’t we just treating students to become guinea pigs in a dangerous experiment?

Sure, policy makers would probably say that change will not happen unless we have the political will do to so. However, winning hearts and minds is different from strong arming everyone to just follow something that they don’t quite understand. We could definitely have hoped for better planning and even better execution. All this confusion should be a key warning sign that something in the experiment has gone awry.