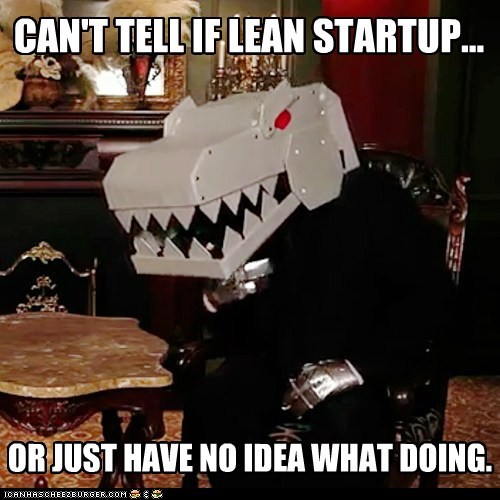 I’ve often been asked by friends and family that given all my (supposed) smarts, why wasn’t I working for large multinationals where I probably would be in a senior position raking in the big bucks. Once in a while, I do get bothered by those quips since I definitely don’t get the buck for the bang that I give at work. (Oh, that sounded wrong.)

I have pretty much worked for startups my entire career. Circumstances at the time compelled me to work with flexibility in mind. Though, I always liked the flexibility and broad range of projects one can work on. There always seemed to be something novel in being part of something new. And there are the ideas of “making a difference”  and “changing the world” often associated with startups. The appeal probably carried over from my work in our college organization which I basically nursed from infancy to growth.

There are drawbacks, definitely. Growth pains are inevitable. There’s the uncertainty of the business panning out. Colleagues can be hit or miss. Some competent people might be there who share the same passion as you. Others are there because they can be hired cheap and they’re the ones who will make life difficult for you. Ways of working are more “winging it” than sound practices. Creating a culture based on diversity can either be as rich as sumptuous buffet feast or as hodgepodge as pig slop.

I tell my business English students to always update their resumes and, if possible, seek out positions in other organizations even if they’re not actively looking to switch. I always believed that taking inventory of one’s skills and what industries expect. Besides, if a better opportunity appears because of it, then at least there are options.

Not to be hypocritical, it’s something that I also do for myself. I love seeing how I stack up against what the professional world has to offer. The last thing I want is to be the old man in a company who never really grew but has been there for too long to get rid of. Comfort zones are purgatories.

Still, I had been thankful for the opportunities in the startups that I’ve worked for have offered. I had the pleasure of picking the top people’s brains and learn from them (though it was really more of a deliberate effort on my end since mentors who truly invest time on you are hard to come by in startups).  The problem I now have is that in my latest professional growth check, I might have let the past couple of years of opportunities pass me by and that I might have entered the very early stages of being the old man. While I have always taken to my self-learning initiatives to add more knowledge and skills to my arsenal, I seem to have reached a ceiling in terms of advancement due to flatness of the startup’s organization.

There are several things going against me if ever I transition especially to big businesses. Probably why many label working for startups as career suicides.

First, is that being a startups can turn you into a generalist. And it can be the false kind of generalist.  For me, a true generalist specializes in everything. The false kind is one who has knowledge of so many things but just of enough depth to bullshit your way through casual conversation. I’d love to think that I am a jack-of-all-trades-master-of-one. (I do have a masters degree so that’s my one.)

A GM of a digital marketing group once told me, “You’re like a Swiss army knife, it’s just that I can’t seem to figure out which tool I’ll pull out from you.” Fair enough assessment since established organizations hire more on the basis of need rather than potential. While an irritatingly fatuous way of thinking, that’s somehow the way things are. While I’m not putting down the technical expertise needed to perform successfully in startups, In the very least, there’s a certain je ne sais quoi to how big business does things that’s quite different to startups. There’s a certain stiffness.

Second, is that you have to be prepared to make trade offs. And in so many levels. Your experiences dealing with so many things in a startup might convince you that you can take on mid to upper management roles in large organizations. Sadly, many organizations view it differently. A middle management role in a startup is often equated to supervisor or team lead position in large corporations.

Then there’s the compensation rates. Startups often demand you to make the sacrifice in salary for bigger pontential payoff later. Unfortunately, this can become an point for anchoring bias come the time big businesses  to appraise your salary. While I’m not saying that big business isn’t equitable, justifying why your trying to get double or triple your startup rate can be a challenge due to anchoring bias.

Transition can be a matter of a waiting game or fully accepting the tradeoffs. Pride can be something you need to throw out the window. Advice can also be hard to come by since the natural progression for many people is to work for big business, earn the capital, and then create startups. Not the other way around as is my dilemma right now.

Still, there’s no point wallowing in self pity for not having rich and influential parents to give me a leg up in life or not knowing the right people. It’s a matter of giving my career a jolt that it requires before comatose triggers the dreaded zombification spiral. The waiting game is on anyway.

Ultimately, I would be building something of my own. What that is, I’m still trying to figure out. It’s just that if I am to do it now, I don’t have the war chest to tough it out. Hmm… How much is the lotto jackpot again?