The quest for a new laptop

On to more personal concerns here. I’m really, really suffering from a bad case of GAS. Or maybe not. Perhaps “investing” on work-related technology would be a worthwhile move. Then again, I already have the functional tools to do my work so investing on new tech is quite unnecessary.

My ASUS A8Jr’s finally fixed but not after waiting six months for the parts. To top it off, it’s only a couple of weeks before the warranty lapses. I always hate it when any piece of electronics I own ages past its coverage. I hate knowing I legally won’t have anyone on whom to place the blame if it breaks down.

So I went out (with Rish) yesterday to scout out some possible prospects. Narrowed them down to two – the Lenovo Y430 and the ASUS F81Se.

Both units come with almost similar specs. 2.26 Core 2 Duos. 4 GB (max) RAM. Both the Lenovo and the ASUS hover around the 45-48k range so quite the bargain considering the powerful specs. A couple of things that I like about the ASUS are the ATI Mobility Radeon HD 4570 dedicated vid card with HDMI out and the two-year global warranty. The video card’s powerful enough to run 3D games circa 2007 (Call of Duty) under medium settings so it’s pretty tempting to get and trash any idea of me getting a gaming desktop. 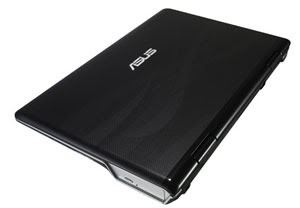 Since my ASUS A8 has been the consummate workhorse (almost always left on for 10,000 hours approximately in its two-year life, I’m quite convinced that ASUS lappies can hack it. Lenovos are quite the tough PCs too. My sister has the S10 and keeps it running for hours each day without crashes or BSODs. Quite the generalization but I’ve developed quite the brand loyalty in ASUS. It’s the two-year warranty, I guess.

The only thing that’s “preventing” me from buying this one now is the fact that Windows 7 will be out later this year.

I’m really GAS-ing badly. Too bad, my advance on the rent lapses this month and I’ll be starting to pay the rent. That puts a huge dent into my funds. I’m still projecting July as a possible time to buy the damned thing if I ever do.